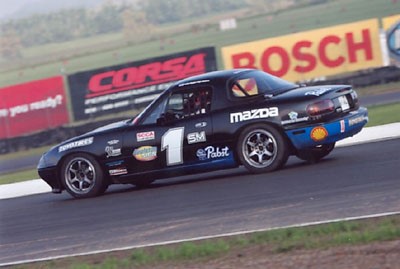 After unsuccessfully securing sponsorship to compete in the 2006 Champ Car Atlantic Championship, Chris needed to look at what potential options he had to go racing in the ’06 season. With the knowledge that the SCCA was making its Spec Miata class a National Division, Chris felt it would be a way to race somewhat cost effectively in a very competitive category. Having autocrossed his friend Sean Bray’s Miata in 2005, it was an opportunity and venture that they both decided would be the correct move to make.

With only weekends to work on the project, the car tear down began in late February and finished its transformation by mid-April.